I really hope all of our members that live in the Denver area are alright and weren't out watching movies last night.
I'd like to see things from your point of view but I can't get my head that far up my ass.
Top

Allu and Tax, all cool there? I don't even know if that's remotely in your area, just hope you and your families/friends were no where near there.

So sad and tragic. I think the family (or at least mother) knew he was messed up, since she made the comment they got the right guy.

This is apparently the face of the suspect (the one they apprehended there in gear with weapons and a gas mask on)
http://gawker.com/5927722/what-we-know- ... mes-holmes

I couldn't get through the whole thing, it's so chaotic and sad.
http://www.youtube.com/watch?v=iZRNEHSZ ... ata_player
Harlowe ~ Assassin
"Tempt not yon hellcat"
Top

And now the media starts rolling out idiotic articles to fuel the next gunman.

Morons.
Mal: Seems we got here just in the nick of time. What does that make us?

Whats really tragic is that after all this is said and done....The gunlaws will still be the same...I am a firm believer that an American has the right to keep and bare arms..but I don't think automatic weapons were even remotely in the back of the minds of our forefathers ...I googled the Colorado state gun laws, I think next to Texas the only thing you CAN;T do is keep a conceled weapon..otherwise sure..go ahead..strap on that glock with the 2 pound trigger pull...
Top

Good here. We live in Fort Collins (hour north of Denver). Talaena lives in Aurora, but he's fine. I emailed him and he said he's too old to do those midnight movies anymore. But, I had a friend take his 12-year-old son out to see it (a different theater). You know, go see Batman. His first midnight movie! A rite of passage. I just can't imagine.

I'm just disgusted. I'm butt-hurt over the incident and over asshole news outlets that give you a bunch of facts, then tag on a lovely: "This happened 13 miles away from Columbine" to the end of the report. Well, thanks, fuckers, living in Colorado (and growing up in the same school district as Columbine) I done forgot.

Now, there's all this political bullshit going around about gun control and politically correct assholishness about using the term "mental illness" to describe this psychopath because it might offend someone. I'm sure the family members of those still inside are interested in hearing what Joe fucknutlicker has to say about gun control right now.
Top 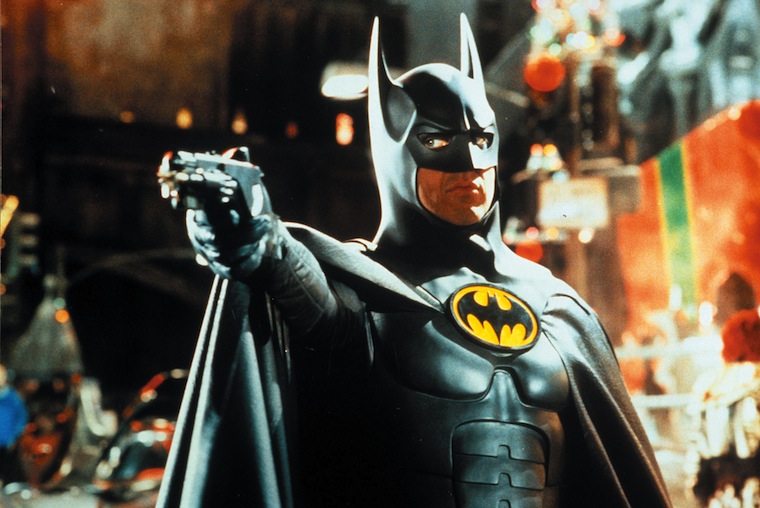 Phaugh. The bastards changed the title. The original title was "Theater, a perfect killing zone" followed up with statements like "The very nature of theaters makes them perfect killing zones"
Mal: Seems we got here just in the nick of time. What does that make us?

So, people were bitching on Gawker about "WHO THE FUCK WOULD TAKE A BABY TO SEE BATMAN."

Well the same people who take babies into Avatar, The House on Haunted Hill, and Saving Private Ryan, fuckers. And yeah, it pisses me off too. I'm not gonna lie.

Maybe it's just me, but I find that people berating "petty parenting choices" in the face of this tragedy is kind of fucking classless. Maybe the parents knew a gunman was comin'? Maybe they deserved to be shot? Have their kids shot? Watch their kids die? Or maybe they just did something that annoys the fuck out of some people (me included), and tragic results ensued?

So me suggesting that it's kind of shitty to be berating parents who are already traumatized, who have seen people die, who feared their own child's death, makes me "defensive. On top of that, I should "get a babysitter."

So, agree with me or not, I just wanted to bitch about this. I probably just lost my Gawker account, but oh fuckin' well.
Top

I think insensitive pricks like that make it seem like empathy is in shorter supply than it really is. From what I have mostly seen so far, there is tremendous empathy for the victims and everything they went through. It's about the worst tragedy imaginable. Even worse to imagine if you are a parent.

So, I think if you look past those assholes, and other assholes like the people who are capitalizing on this to further their political agendas, then you'll see the caring people. The caring people just aren't as vocal. But I'd really like to think they are the majority.

For the record, I don't think that any more laws are going to stop people from harming people. And I don't think that anyone is going to extract much meaning from this tragedy. It's senseless by definition. So let people speculate and pontificate and run their mouths off until it's their loved ones this kind of shit happens to. Then hopefully it will click. I think life is a journey, and I think some people are farther along that journey than others. It's really easy to see that gap in times like these.

I'm happy that the few people I know there like you and Tax are OK. And my heart goes out to the victims and their families. I just hope the community comes together, and doesn't give in to fear or despair.
My blogs: Nerd Jargon | Coder's Kitchen | The Outdoor Nerd
Internet Consulting: NorthWeb Technologies
Top

Free, I agree with you 100%. The good in all of this has outweighed the bad SEVERELY. I think that's awesome.

I do wonder about these batman memes with "remember Aurora" I see on FB, though. They kinda make me cringe and I don't know why.
Top

I think that things like those memes are simply just coping mechanisms. The people who are genuinely unfazed by this I would think wouldn't care enough to participate in discussions or propagate all those memes and whatnot. I think that pretty much everyone discussing it in any way was somehow touched by it. For me personally, it hit home as a parent. I have adult kids who go to the movies all the time. As a big fan of planning and preparation, there's absolutely no way to prepare for something like this. My son had 5 years of karate and my daughter carries pepper spray (since I couldn't get her to go to karate). So, I tried to make them well rounded and mature adults with at least some self-defense skills. That's about as good as I can prepare them. I guess when your number is called, your number is called. That goes for any of us.
My blogs: Nerd Jargon | Coder's Kitchen | The Outdoor Nerd
Internet Consulting: NorthWeb Technologies
Top

Brevik practiced. Alot. Nothing upsets me more than 2nd rate psychopaths. This joker is epicfail.


Freecare Spiritwise wrote:I think that things like those memes are simply just coping mechanisms. The people who are genuinely unfazed by this I would think wouldn't care enough to participate in discussions or propagate all those memes and whatnot.

Sorta. Some people love to watch UFC and see two guys beat the shit out of eachother. I saw people cry tears of joy and wave american flags down the street when Bin Laden was 'killed'. Human nature is cruel, from the cradle to the grave. Roman populi (v2.0)

Would people watch the news and flood Facebook if the gunman used paintballs instead? No. People love to see other people get hurt/die. Wither they admit to it or not. Kindof like Apollo 13, nobody really gave a shit until the crews lives were at stake. Tons of people tuning in... "OMG ARE THEY GONNA DIE?!?!?!? NO???? YES????"

I'm a big UFC fan myself, and I don't see the parallel here. This would be like putting Forrest Griffin in the Octagon with women and children. I'm not sure many people want to see that. When two warriors of equal skill do battle voluntarily with no hate for each other - that's what MMA is all about to me.

Not even the brutal Roman Coliseum staged women and children being massacred like that. At least not to my knowledge. Though, they did perform violent re-enactments of historical events. But IIRC, the gladiators were more about the fights being made to be semi-fair fights. I don't think even the bloodthirsty Roman Coliseum mob was into wholesale slaughter.

So ... I would disagree that many people see this sort of thing as entertainment. Even historically.
My blogs: Nerd Jargon | Coder's Kitchen | The Outdoor Nerd
Internet Consulting: NorthWeb Technologies
Top

Firing into crowds of men, women and children really has never been a form of entertainment. Unless you're in a concentration camp.

There is a mother that is in ICU, bullets lodged in her throat and another in her abdomen, who is in and out of consciousness, and doesn't know yet that her 6 year old daughter was one of the fatalities. It's incredibly heartbreaking. I can't imagine how destroyed she's going to be when she finds out.
Harlowe ~ Assassin
"Tempt not yon hellcat"
Top

I watch the UFC for the technical ability of the fighters.....and to watch guys get the crap knocked out of them.......then get up, shake the other guys hand and walk out of the ring. Same thing with the NFL. I appreciate a big hit, and applaud when the other guy gets up and gets back into the huddle.

I can also certainly understand people feeling a sence of relief and celebrating that justice was done to Bin Laden.

People are interested in the drama that is the human condition. Especially when it involves something that they themselves will never get to experience......like a mission to the moon going wrong. I don't think many people around the world were wishing for the astronauts to die in fire.
Top
Post Reply
79 posts